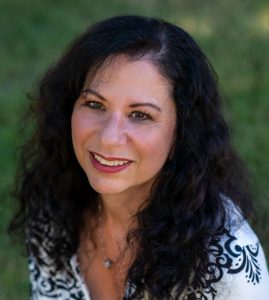 Laura’s passion for astrology knows no bounds. Teaching and practicing since 1986, Laura teaches classes from beginning astrology to advanced. Laura is a 2nd-generation astrologer, practicing and teaching astrology for more than 35 years.

Laura has presented at NORWAC (since 1989), ISAR05, ISAR14, EA06, UAC02, UAC08,  UAC12, UAC18, NCGR10, The River of Stars Conference in 2011 and 2015, Jeffrey Wolf Green’s Evolutionary Conference Nov. 2011 & Nov 2012.  She has lectured in Portland, Boston, Hartford, Edmonton, Louisville, San Francisco, Tampa, Bali, Serbia, England, and Australia. Laura is one of the original founding board members of Kepler College, and served as the Recording Secretary and, for a brief time she acted as President of the Board. Laura is a past President of the Washington State Astrological Association, and currently serves as the Treasurer.  In 2020, she helped to found the new International Association of Ethics in Astrology (IAEA), along with Margaret Gray, Anne Ortelee, and Patricia Walsh,

From 1993 until 1996, Laura was on with a local radio station doing a weekly spot; she also did guest spots on the Laura Lee show and  “Anchored in Astrology” with Debra Clement. She produced and broadcasted her own internet radio show, “Astrology Talk”, from 1998-1999.  Laura was a regular guest on “Guiding Stars with Kristin Fontana” for the 5 years.

In 2019, she founded, along with Patricia Walsh and Rose Marcus – The SoulWise School of Evolutionary Astrology.

She is an Evolutionary Astrologer; having studied with the founder of the material, Jeffrey Green, from 1983-86. Laura has a thriving client practice where her focus is looking at the karmic/evolutionary issues in the chart and helping her clients to deal with and heal past life patterns.